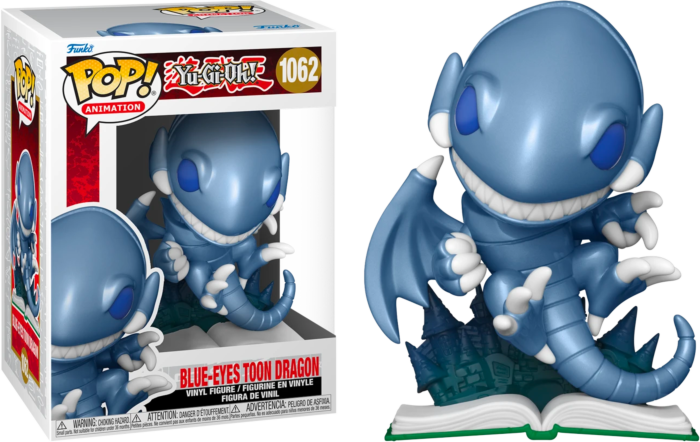 Here we have an awesome Blue-Eyes Toon Dragon, who comes with a stunning Metallic finish.