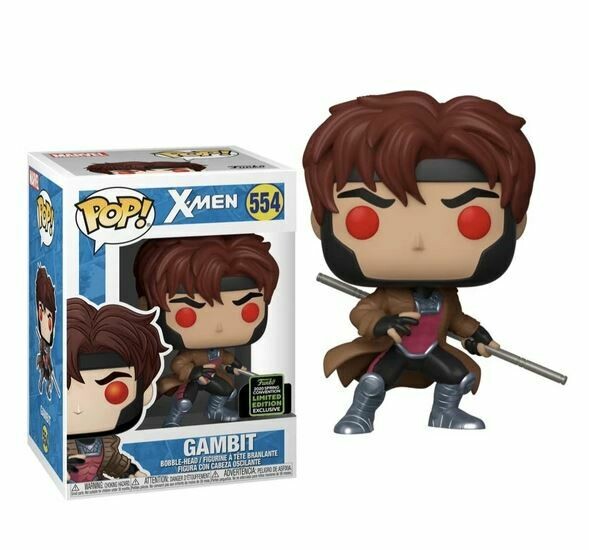 The X-Men are one of Marvel's greatest creations, launching in September 1963 with X-Men #1 and since spawning a range of televisions series, films, video games and more. The X-Men are mutants, a subspecies of humans who are born with superhuman abilities activated by the "X-Gene". The X-Men fight for peace and equality between normal humans and mutants in a world where anti-mutant bigotry is fierce and widespread, and now they're bringing the fight to your Funko collection.

Here we have Gambit, has the ability to mentally create, control, and manipulate pure kinetic energy to his desire. Well what he desires right now is to join your Funko collection, so make it happen!