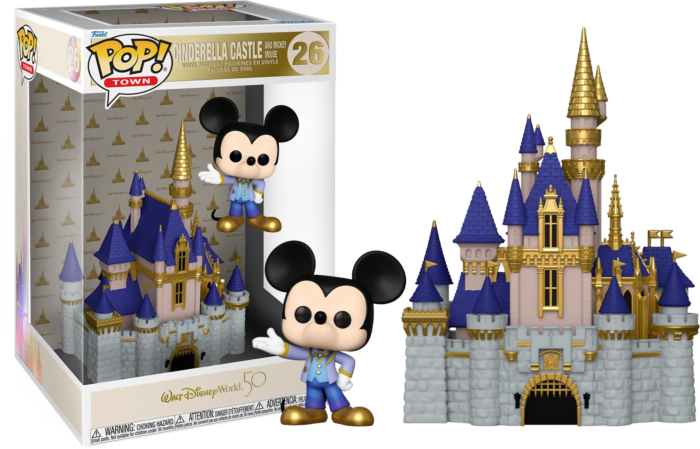 Opening on October 1st, 1971, Walt Disney World Resort has been the heart of Disney, with its various parks including Magic Kingdom, Hollywood Studios, Epcot and Animal Kingdom helping fans create memories that last a lifetime.

Here we have arguably one of the most stunning Disney Funko releases to date...Cinderella's Castle! This incredible Pop! Town showcases the 189-foot landmark, which boasts lofty spires and ornate turrets and is the gateway to Fantasyland at Magic Kingdom park.