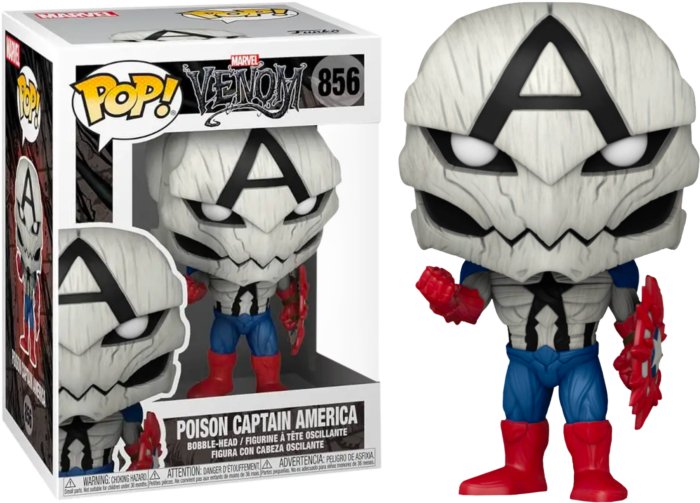 It's time to pay a visit to the Marvel Comics Hive Arc, when a group of interdimensional creatures known as "Poisons" invade Earth-17952. Poisons can assimilate Symbiotes, such as Venom, and similarly make their hosts become more powerful!

The Hive was first encountered when Doctor Strange stumbled upon a Symbiote being hunted down by the Poisons. In an attempt to stop the Hive's Multiversal quest for domination, Strange summoned other Venomized heroes, villains, and antiheroes to form a Resistance. However, the Poisons saw this as an opportunity to expand their ranks, and most members of the Resistance were assimilated.

Here we have Poison Captain America as he appears in the comic series, complete with "A" on his skull and armed with his shield.