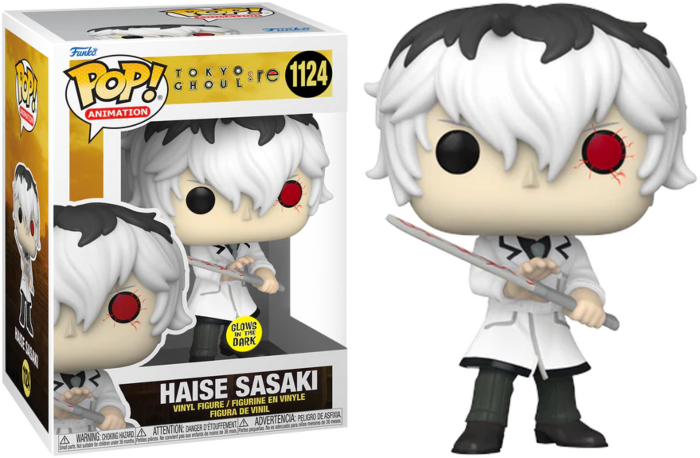 Tokyo Ghoul is a Japanese manga series set in an alternate reality where ghouls, cannibalistic 'monsters' who look exactly like normal people but can only survive by eating human flesh, live among the human population in secret, hiding their true nature in order to evade pursuit from the authorities.

It spawned an anime series of the same name, following the story of Ken kanecki after he is transformed into half-human half-ghoul. The sequel series Tokyo Ghoul:re follows an amnesiac Kaneki under the new identity of Haise Sasaki (the result of horrific brain damage sustained from Kishō Arima). He is the mentor of a special team of CCG investigators called "Quinx Squad" that underwent a similar procedure that Kaneki went through, allowing them to obtain the special abilities of Ghouls in order to fight them, but still being able to live as normal humans.

This Pop! features Haise Sasaki, aka Ken Kanecki, the star of the show. He comes complete with a Glow in the Dark finish!