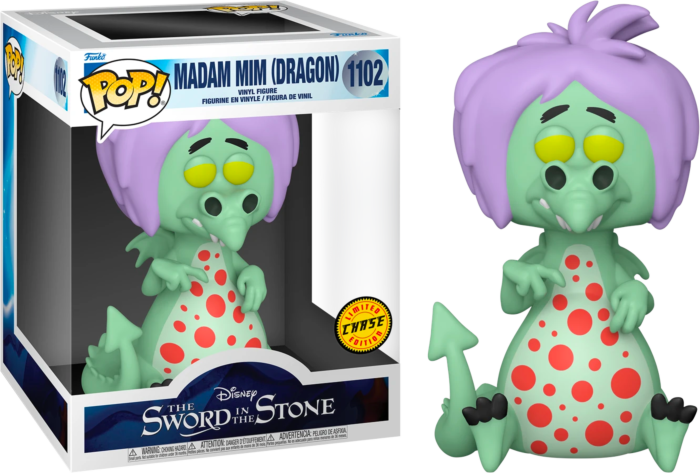 Released in 1963, The Sword in the Stone was the final Disney film to be released during Walt Disney's lifetime. It follows the story of Merlin, who frustrated of living in a Medieval mess, uses all his magical powers to change a skinny little boy into a legendary hero.

Funko's new wave of The Sword in the Stone Pop! Vinyl Figures features many of your favourites from the film.

Here we have the wicked old witch Madam Mim, complete in her dragon form and standing at a whopping 6" tall! Not only that, she also comes with the a Chase Variant!

Add Funko's new The Sword in the Stone Pop! Vinyl Figures to your collection today.

2x Common of this Chase pop