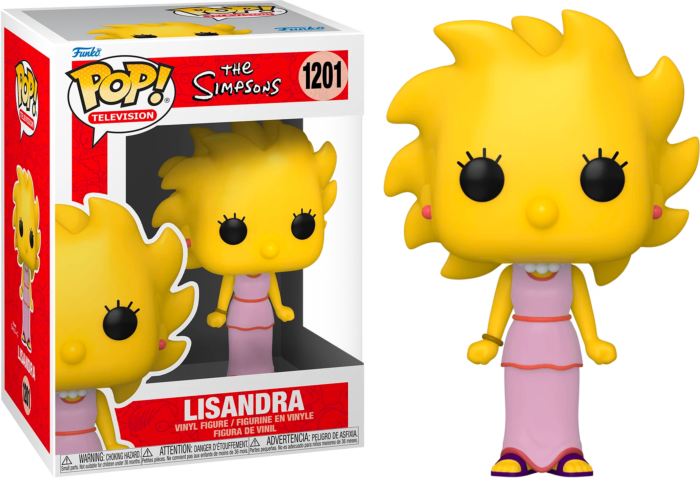 Funko's latest wave features The Simpsons family and Mr. Burns as they appear in the Season 32 episode, 'I, Carumbus', a parody reimagining to I, Claudius, featuring the Simpson family learning about ancient Rome

Here we have Lisa Simpson playing the role of Lisandra from the episode.

So do you wish to look as happy as me? Well, you've got the power inside you right now. So, use it, and send your dollarydoos to Popcultcha, Geelong, Victoria. Don't delay, eternal happiness is just a Simpsons Pop! Vinyl away.