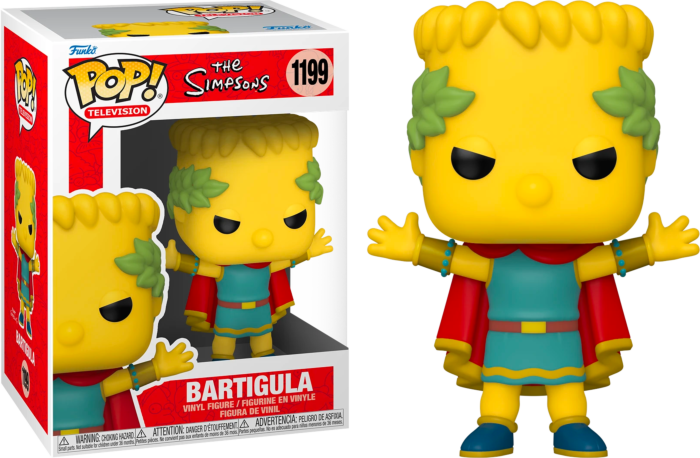 It’s official, the most cromulent Pop! Vinyl Figures have escaped from Springfield and are looking to embiggen your Funko collection!

Funko's latest wave features the Simpson family and Mr. Burns as they appear in the Season 32 episode, 'I, Carumbus', a parody reimagining to I, Claudius, featuring the Simpsons learning about ancient Rome

Here we haveBart Simpson playing the role of Bartigula from the episode.