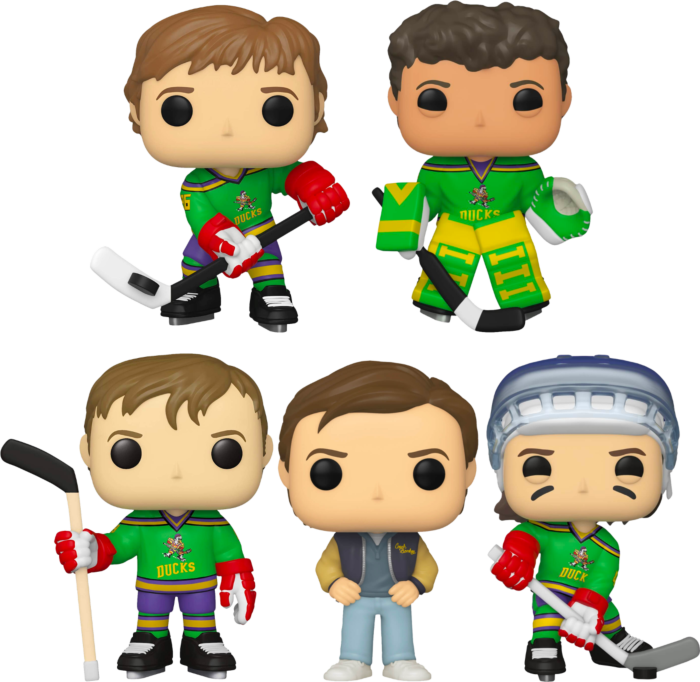 Growing up in the ‘90s, it was always a dream of one day getting the chance to hit the ice as a member of The Mighty Ducks, with Gordon Bombay coaching me from the sideline. While that dream may never become a reality, fortunately Funko have offered the next best thing with their new wave of Mighty Ducks Pop! Vinyl Figures!

The Mighty Ducks follows the story of Gordon Bombay, an arrogant defence lawyer (and former hockey prodigy) who after being arrested for drunk driving, is sentenced to 500 hours of community service by coaching the local "District 5" Pee-Wee hockey team. Of course, hilarity ensues and he leads this pack of misfits to championship glory.

This wave features five of your favourites from the film including Coach Bombay himself, Goldberg, the oversized goalie with a fear of getting hit with a puck, Fulton Reed, who can hit a puck faster than anyone, Adam Banks, the best local player who was traded from the Hawks, as well as the loveable Charlie Conway, who can’t wait to unleash a Triple Deke all the way into your collection.