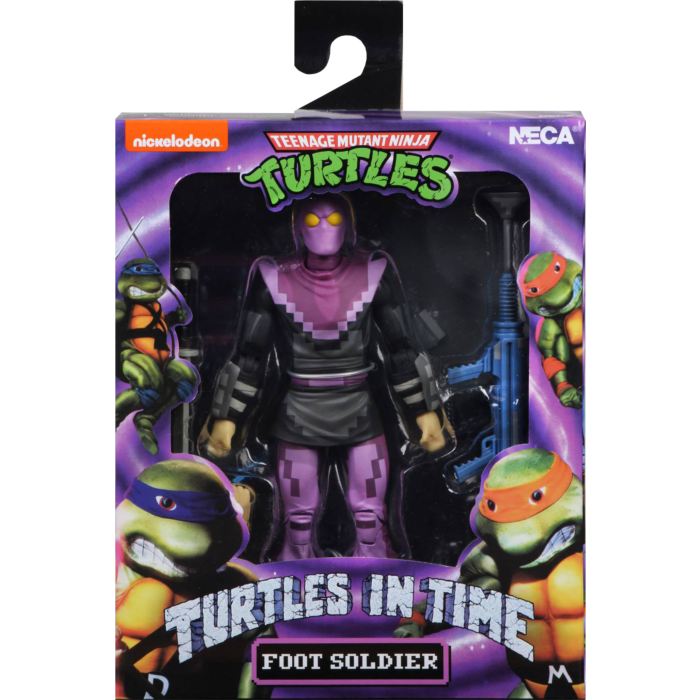 Developed by Konami for the Super Nintendo, Turtles in Time saw the evil Krang stealing the Statue of Liberty using a giant exosuit, as Shredder hijacked the airwaves to taunt the Turtles on live TV. Without hesitation the heroes in a half-shell jumped into action, but when they confronted Shredder in the Technodrome they were sent through a time warp and were forced to fight Shredder’s army both in the past and future in order to get back home and save their city.

The articulated Foot Soldier figure comes with his signature weapon and a wicked hoverboard display stand, and features special deco finishing to recreate the pixilated look of the video game. Shredder's loyal soldier also comes showcased in window box packaging decorated with graphics from the original arcade game cabinet to bring some nostalgia to your collection.