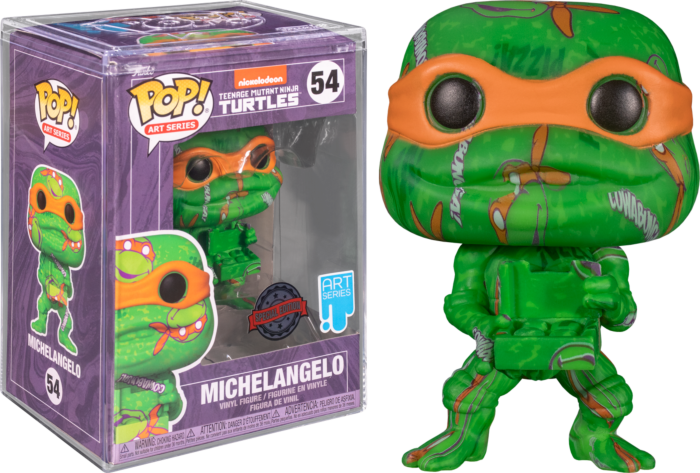 After the release of their smash-hit debut film, everyone’s favourite heroes in a half shell returned to the big screen in 1991 with Teenage Mutant Ninja Turtles II: The Secret of the Ooze.

The film sees Shredder return to take back command of the Foot Clan, and work towards getting revenge on the Turtles. When he learns the secret behind the Turtles' mutation, he becomes more dangerous than ever.

Here we have the turtle who always make life a party, Michelangelo, holding a box of delicious Simply Donuts. However, he's also sporting a new Michelangelo-themed all-over Artist Series design, and comes packaged in an exclusive Pop! Protector.

So if you feel like slammin' and jammin' to the new sweet sound, add the new TMNT II Pop! Vinyl Figures to your Funko collection today!