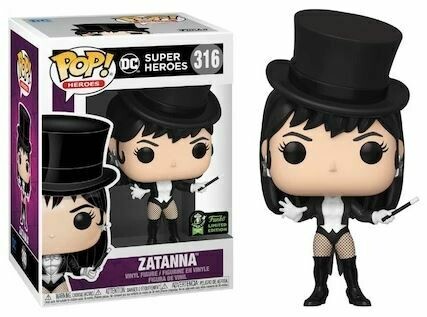 At one point in life I think we’ve all dreamt of one day becoming a magician, however not the Masked Magician though, that guy was super creepy. Well not only did DC Comics’ own Zatanna make the dream reality, she also managed to combine this talent with becoming an actual superhero!

Zatanna is both a stage magician and an actual magician, like her father Giovanni "John" Zatara. As such, she has many of her father's powers relating to magic, typically controlled by speaking the words of her incantations spelled backwards.

She’s featured here wearing her iconic magician outfit and holding her wand, as she prepares to use her magic to find a way into your Funko collection.