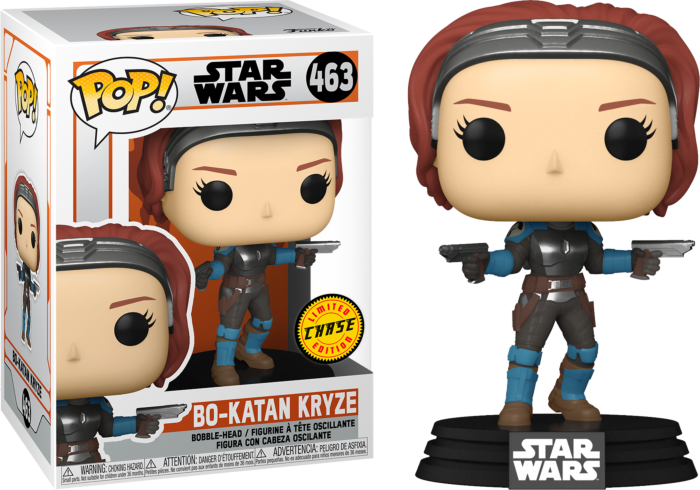 It’s the series that took the galaxy far, far away by storm, enlightening our lives with a little green dude we never knew we needed.

Set five years after the fall of the Empire as depicted in Return of the Jedi, The Mandalorian follows an independent Mandalorian bounty hunter in the outer reaches of the galaxy far from the authority of the New Republic.

Funko's latest wave of Mandalorian Pop! Vinyl Figures is without question the greatest to date, including a range of heroes and villains from Season Two.

Included you'll find Ahsoka armed with her two lightsabers, a devastating Dark Trooper, Bo-Katan (who comes with the Chase Variant), little Grogu eating cookies, the return of Boba Fett, as well as the ultimate Mandalorian release... Ol' Mando unmasked and holding Grogu as seen in the epic season finale!