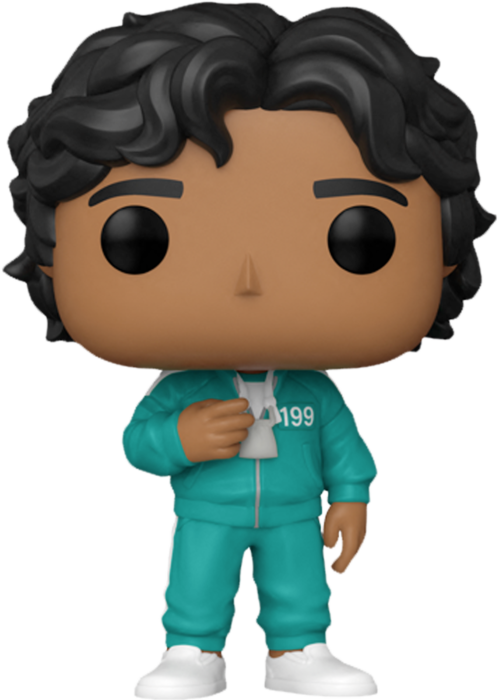 It’s the most watched series in the history of Netflix, and now all of your favourites from the smash-hit Squid Game are taking the fight to your Funko collection!

Squid Game revolves around a contest in which 456 players, drawn from different walks of life but each deeply in debt, play a series of children's games for the chance to win a billion-dollar cash prize, with a deadly penalty if they lose.

Here we have Abdul Ali, the loveable down-on-his-luck gent who aligns himself with Gi-hun and Sang-woo's crew during the game. He comes with his Player #199 uniform.

Thankfully you won’t have to risk your life to collect these incredible Squid Game Pop! Vinyl Figures, but you better collect them all, since we can’t confirm what the penalty is for those who don’t…