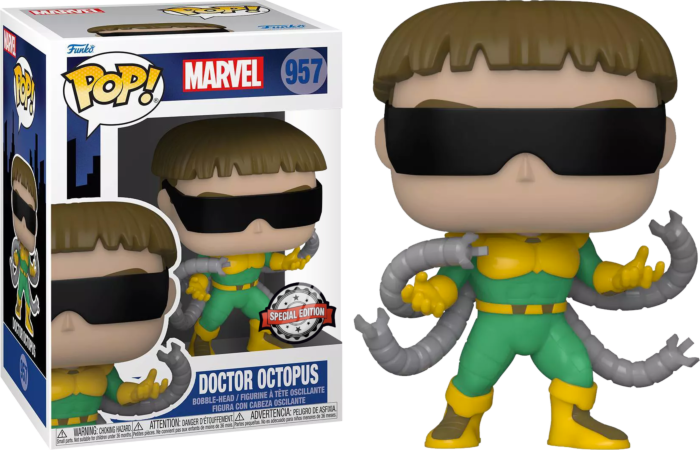 Long before he was swingin' and slingin' his way onto the big screen, Spider-Man gave all of us 90's kids hours of entertainment on the legendary Spider-Man: The Animated Series.

The series focuses on Spider-Man and his alter ego Peter Parker during his college years at Empire State University. As the story begins, Peter has already gained his superpowers and is a part-time freelance photographer for the Daily Bugle.

Funko's new range of Spider-Man: The Animated Series Pop! Vinyl Figures are sure to get fans' spidey-senses tingling!

Here we have Doctor Octopus, one of Spidey's most iconic enemies who has four metal tentacles welded to his spine, which come very handy in combat. He comes complete with his green and yellow suit from the series.

Take a trip back to the 90's with Funko's new Spider-Man: The Animated Series Pop! Vinyl Figures!