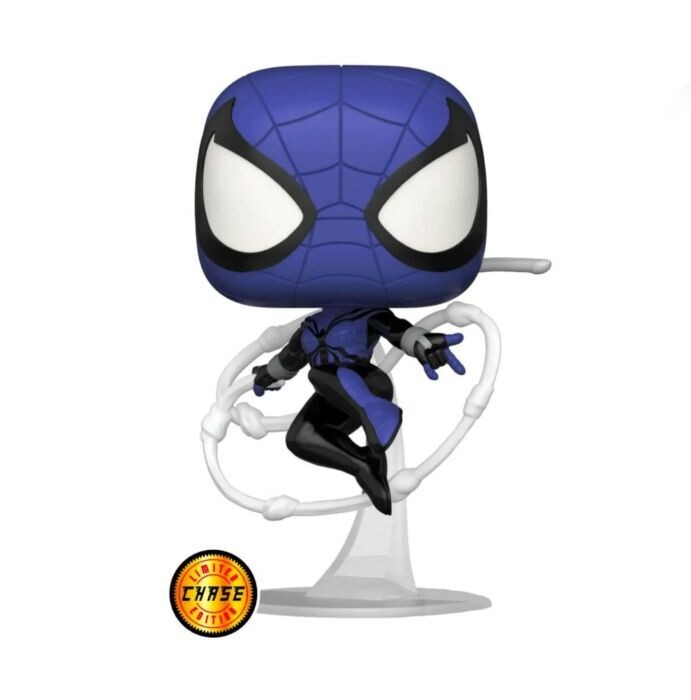 May "Mayday" Parker is the eldest child of Peter Parker and Mary Jane in a future, alternate universe, specifically Earth-982. After Peter lost a leg during a horrific battle with the Green Goblin, our friendly-neighborhood Spider-Man had a wake-up call and decided to put down the web-shooters and focus on being a husband and father. For years, Peter and MJ chose to keep their past from May and hoped that she wouldn't develop powers of her own, like her father.

Despite her parents' hopes, May began developing versions of her father's Spider-powers when she was a teenager. At the same time, Normie Osborn, grandson of the Green Goblin, set out to restore the family name. May donned her Uncle Ben’s Spider-Man costume to stop him, but her worried parents burned the costume after May used it in an attempt to keep her from taking on crime-fighting. However, May continued to carry on fighting crime in secret and over the next few days, she secretly sewed a costume and thus, Spider-Girl was born. Eventually, her parents accepted her crime-fighting passion and even began helping her!

Here we have Spider-Girl wearing her iconic suit, complete with a base to give the impression she's swining through the air. Not only that. she comes with the chance of a Mayhem Chase Variant!

Figure Bundle of 6 (set of 6 Pops)Price is for 6 pop vinyls - Guarantee 1 Chase and 5 commons.