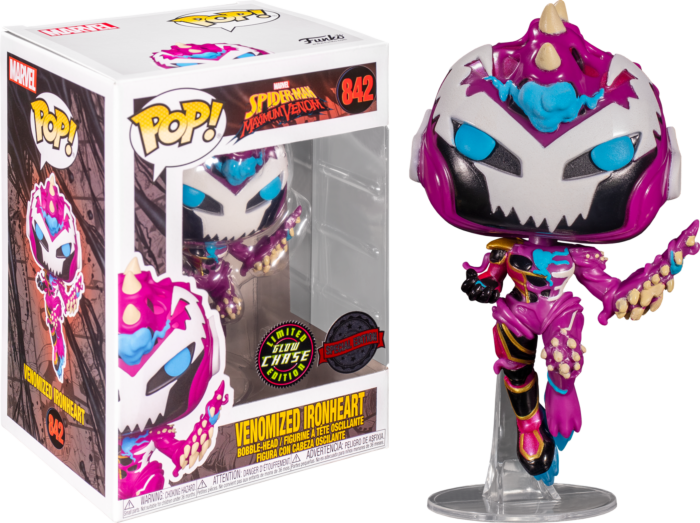 It takes a special type of teenage genius to receive a personal visit from the one and only Tony Stark, especially if it's because he's impressed with your engineering skills. Well that's exactly what happened to Riri Williams after she designed a suit of armour similar to the Iron Man Armour using material stolen from her school campus.

After seeing the improvements she was making to the armour, Mr Stark endorsed her decision to become a superheroine, and thus, Ironheart was born!

This stunning Pop! features Ironheart with a Venomized twist, as she appears in the smash hit series Spider-Man: Maximum Venom, the third season of Disney XD’s Marvel’s Spider-Man, which follows Spidey as he is "pushed to his breaking point when Venom summons an earth-shattering threat from its home planet." Peter Parker will not only have to come face-to-face with Eddie Brock/Venom, but also Venomized versions of his allies in the Avengers.

What makes this Venomized Ironheart Pop! Vinyl even more special is that she comes with a Glow in the Dark Chase Variant!