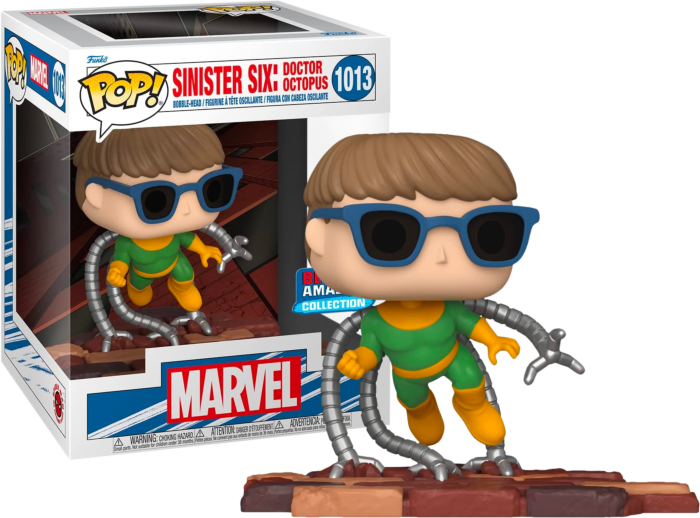 The Sinister Six are a group of supervillains whose goal in life is to make Spider-Man's a living hell. The original incarnation of the group was organised by Doctor Octopus and consisted of himself, Vulture, Electro, Mysterio, Sandman, and Kraven the Hunter. While the team has had different members over the years, Doctor Octopus has generally remained its leader. Now you can celebrate this iconic group of baddies with Funko's new Sinister Six Diorama Set.

Consisting of seven characters all together, this Beyond Amazing Diorama includes Spider-Man and the Sinister Six, all of whom connect together to make one giant piece that no Marvel fan can do without.

The leader of the Sinister Six, Doctor Octopus, complete with a themed base that's ready to connect to the rest of the set.