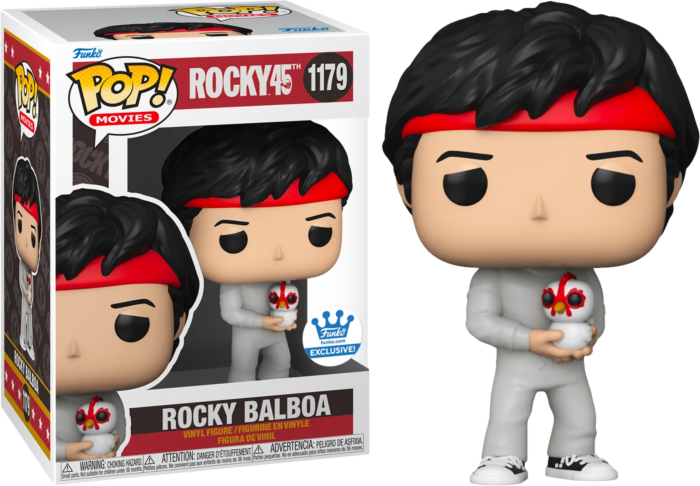 Here we have Rocky wearing his sweatsuit holding the chicken that he was finally able to capture.