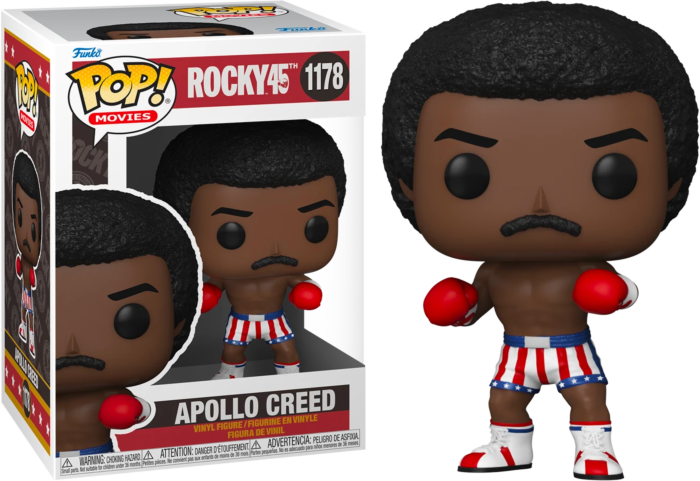 Here we have Apollo Creed, played by Carl Weathers, wearing his All-American boxing tights and ready to defend his title against Rocky.

Prove you've got the eye of the tiger by adding the new Rocky Pop! Vinyl Figures to your Funko collection today.