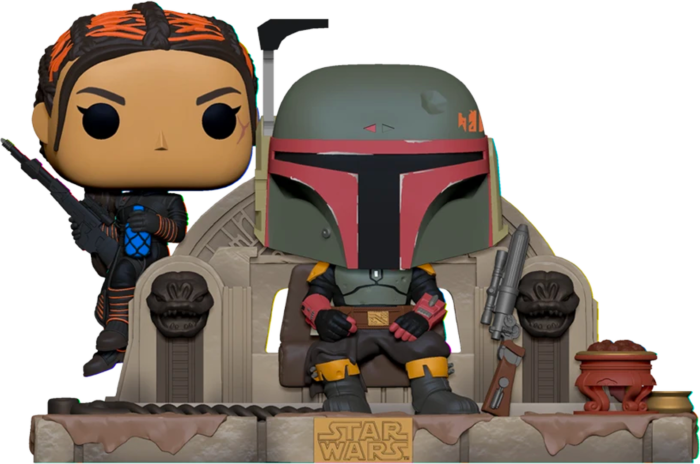 It’s the series that took the galaxy far, far away by storm, enlightening our lives with a little green dude we never knew we needed.

Set five years after the fall of the Empire as depicted in Return of the Jedi, The Mandalorian follows an independent Mandalorian bounty hunter in the outer reaches of the galaxy far from the authority of the New Republic.

Here we have the feared assassin Fennec Shand standing alongside her new partner, the legendary Boba Fett, who has claimed Jabb the Hutt's throne on Tattooine.

An absolute must for any true Star Wars fan, add the new Mandalorian Pop! Vinyl Figures to your Funko collection today.