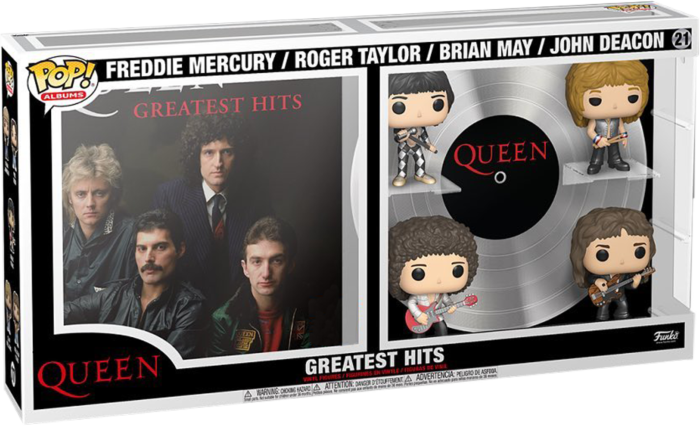 Released in 1981, Greatest Hits is the iconic compilation album from the legendary Queen.

Featuring all-time classics such as Bohemian Rhapsody, You're My Best Friend, We Will Rock You, We Are The Champions, Bicycle Race and Don't Stop Me Now, just to name a few, the album has since gone to become the best selling album of all time in the UK.

Measuring at a whopping 23" wide x 12" high, Funko's new Deluxe Pop! Albums Figure features the album's full-size iconic front cover in a hard case display, complete with Pop! Vinyl Figures of each band member; Freddy Mercury, Brian May, Roger Taylor and John Deacon, all of whom stand in front of a vinyl LP.

An absolute must for any true Queen fan!