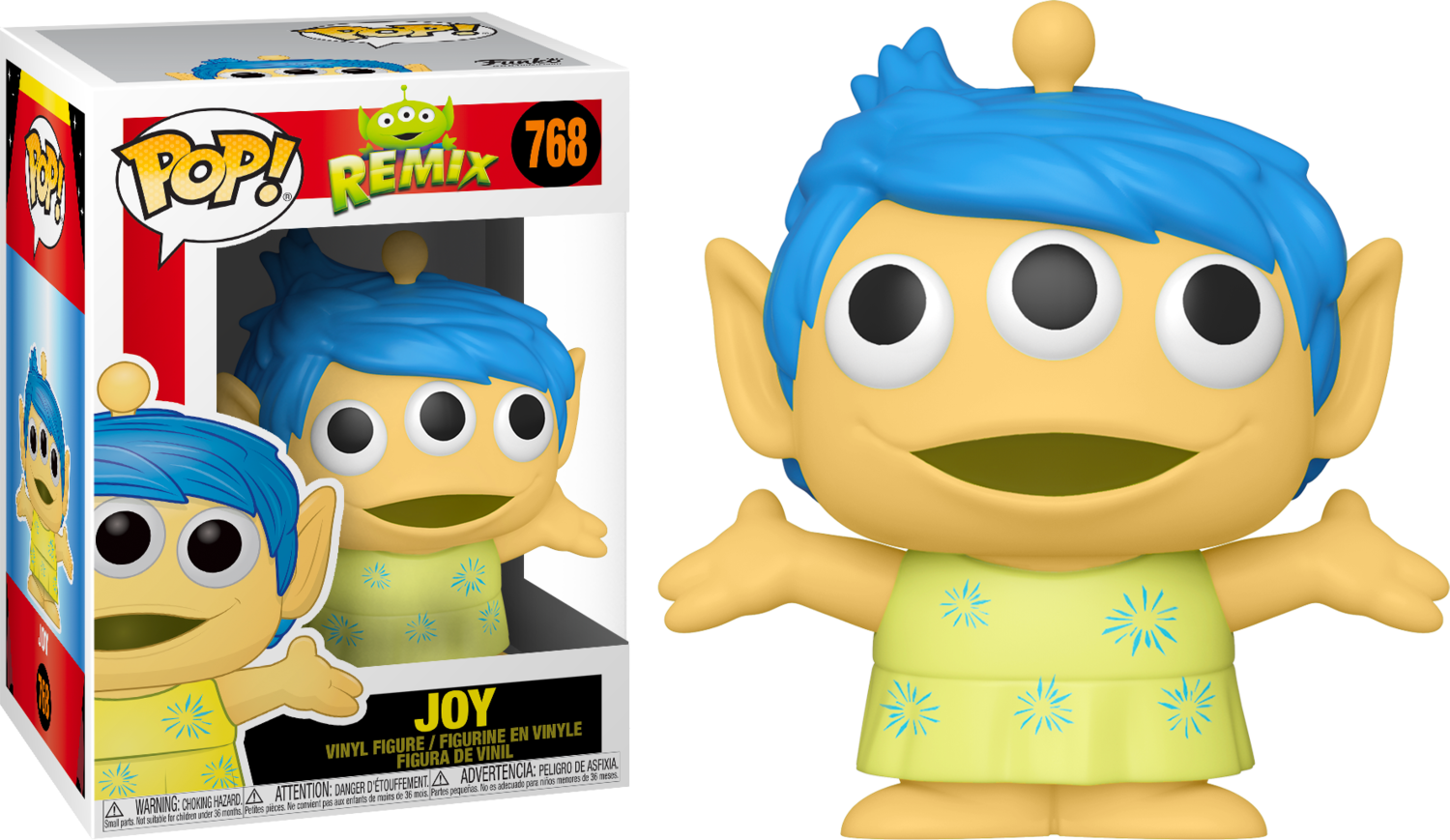 Let’s be honest, it’s hard to find a Disney character more adorable than the Alien from Toy Story. First seen in the claw machine at Pizza Planet, this little guy quickly stole the hearts of fans worldwide, and now he plans to steal them again with Funko’s exciting second wave of Alien Remix Pop! Vinyl Figures, featuring the spaceman as various Disney characters.

Here we have the Alien Remixed with Mater from the smash-hit film, Cars.

Also included in this new wave of Alien Remix Pop! Vinyls are the Alien Remixed with Wall-E, Eve, Sulley, Randall, Roz and Elastigirl. So many unique yet incredibly cute designs, personally I think these are even better than the first lot!

Don't forget to also look out for the Alien Remix 10" Sulley, who is looking forward to powering Monstropolis by making your Funko collection laugh outrageously.

If there was ever a set of Pop! Vinyl Figures worth collecting, THESE are the ones! Seriously, how could you not want all of these little cuties bringing a smile to your face every time you look at your collection?!

The Alien Remix Pop! Vinyl Figures won’t last long, so be sure to order yours today. After all, you’ve always got a friend in them!