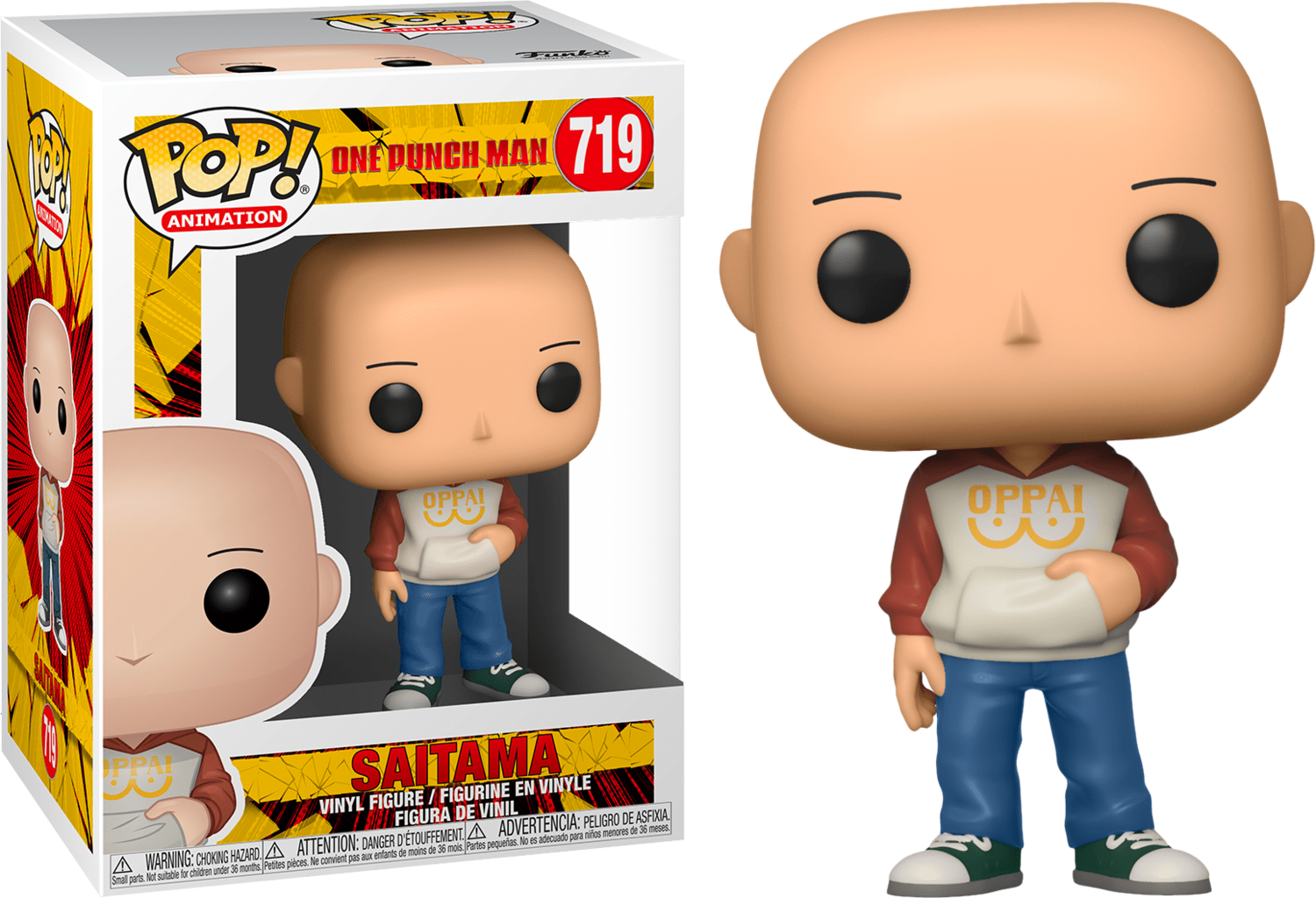 Set on unnamed Earth-like super-continent planet, where strange monsters and supervillains have been mysteriously appearing and causing disasters, One-Punch Man has become a global success, starting as a comic and now adapted into an anime television series.

Funko's new range of One Punch Man Pop! Vinyl Figures features Saitama, an extremely overpowered superhero, who has grown bored by the absence of challenges in his fight against evil and seeks to find a worthy opponent. He's look very casual as he's joined by Tastsumaki, aka Terrible Tornado, the S-Class Rank 2 professional hero of the Hero Association. She comes with the chance of a Glow in the Dark Chase Variant!

Also available is a Mumen, Rider, an extremely brave, loyal and honoruable hero who is one of the few people aware of Saitama's strength. He comes complete with his famous green Bicycle.

A must for any One Punch Man fan, add them to your Funko collection today!