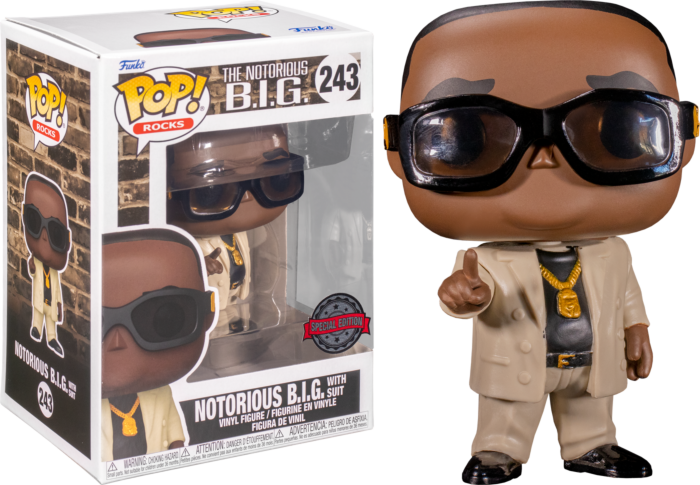 Notorious B.I.G. is one of the most critically acclaimed rappers of our generation, leaving behind a footprint on the music industry that is still felt to this day.

We unfortunately lost this talented man in 1997, but thankfully he will now not only live on through his music, but also in your collection with Funko's latest addition to their Biggie Smalls range.

Smalls' hit song Hypnotize was released in 1997, the last single released before his death, and this latest Pop! pays tribute to the song's film clip as it features Biggie wearing his dapper attire, complete with chain.

So if you've been smooth since days of Underoos, add the Notorious B.I.G. Hypnotize Pop! Vinyl to your Funko collection today!