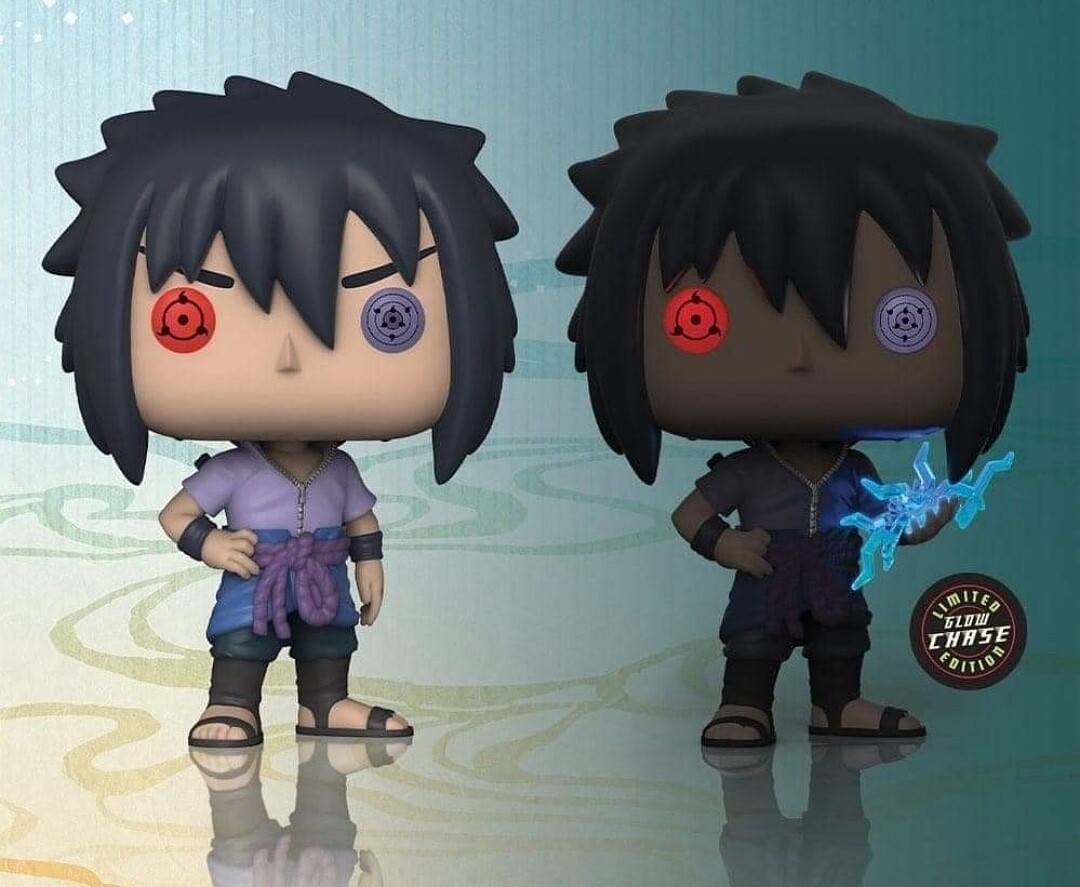 Naruto: Shippuden is a hit Japanese manga/anime series that tells the story of Naruto Uzumaki, an adolescent ninja who searches for recognition from his peers, dreaming of becoming the Hokage, the leader of his village. The anime was adapted from part 2 of the Naruto manga series.

Here we have Naruto's best friend, Sasuke, who receiving half of Hagoromo's chakra from his spirit, awakened a Rinnegan in his left eye. This Rinnegan contains three tomoe on its two innermost circles for a total of six.

More importantly, this Sasuke comes with the Glow in the Dark Chase Variant!