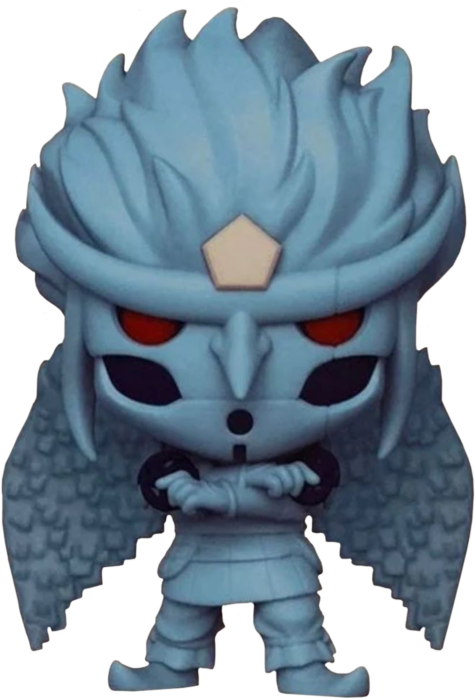 Naruto is a hit Japanese manga/anime series that tells the story of Naruto Uzumaki, an adolescent ninja who searches for recognition from his peers and the village, but also dreams of becoming the Hokage, the leader of his village.

Here we have Kurama, (aka Nine-Tails), who after centuries of being regarded as a mindless monster and sought after as a tool for war, resulted in a pure hatred for humans. However being sealed into Naruto Uzumaki, Kurama attempts to maintain its negative opinions about the world, but with Naruto's insistence on treating it with respect, the fox overturns its hatred and willingly strives to use its power for the world's salvation.

Standing at an imposing 6” tall, this Pop! features Kakashi's Perfect Susanoo, which when activated, forms around the user and becomes an extension of their will, acting and attacking on their behalf.