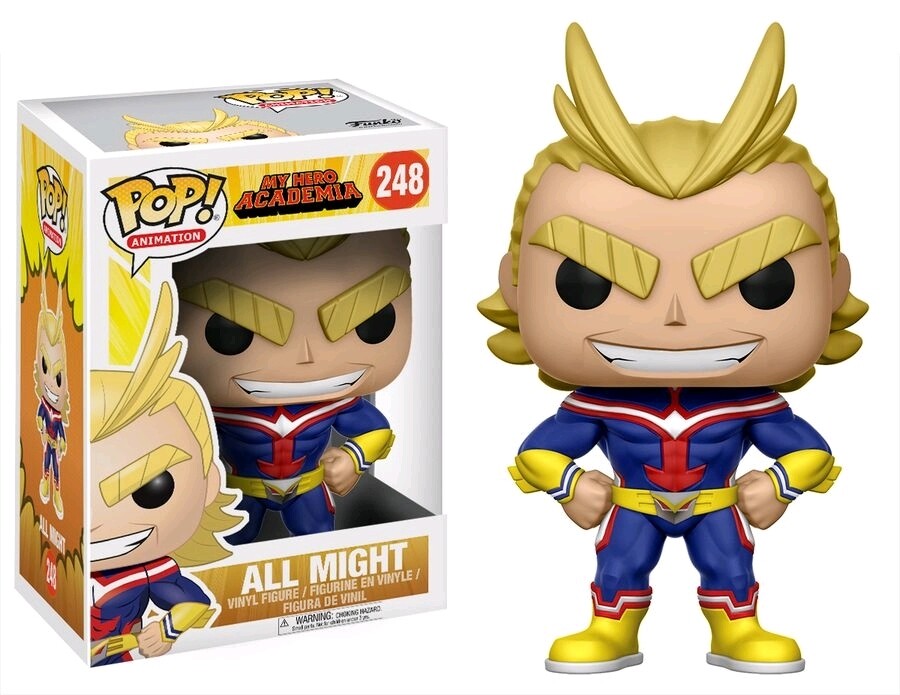 Funko My Hero Academia - All Might Pop! Vinyl Figure

Here we have Toshinori Yagi, known commonly as All Might! He is the former No. 1 Hero and the eighth user of the One For All Quirk, which he has since bestowed upon Deku after retiring form crime fighting.