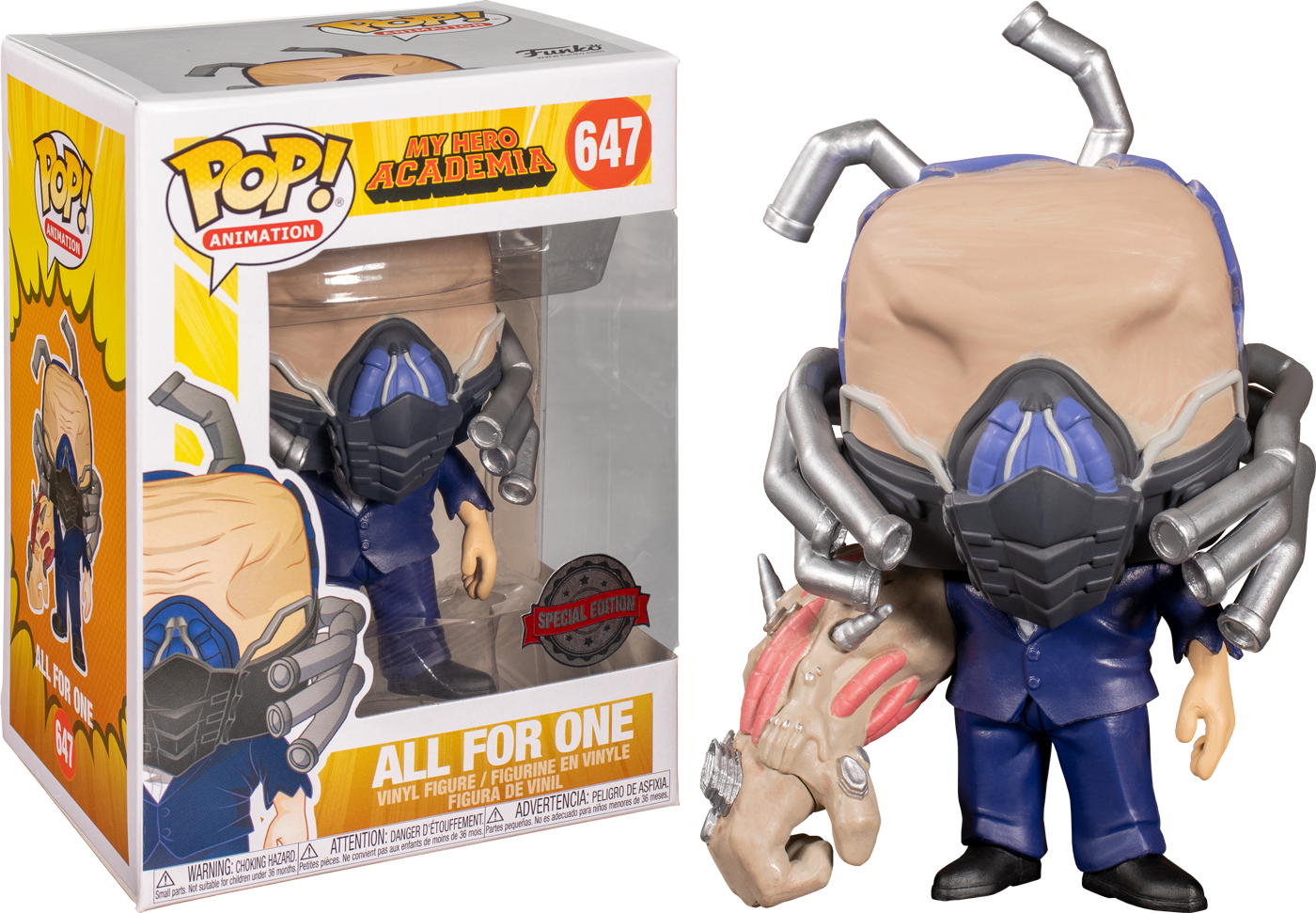 My Hero Acadamia - All for One Charged Pop! Vinyl Figure

My Hero Acadamia - All for One Charged Pop! Vinyl Figure

Here we have All For One, the leader of the League of Villains. All For One was once Japan's most powerful villain and All Might's arch-nemesis, his true motives are unclear and his true identity is unknown. This Pop features the mysterious villain Charged and ready for battle.