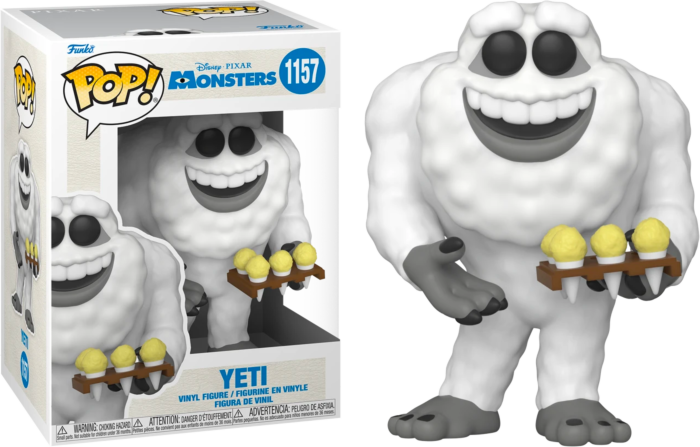 20 years ago we first paid a visit to Monstropolis, where the loveably Sulley and Mike Wazowski took us an an adventure filled with tears, fears and laughter. Well now it's time we open the closet door and pay a visit to our freaky friends, courtesy of Funko's new Monsters, Inc. 20th Anniversary Pop! Vinyl Figures.

Here we have the adorable Yeti, a monster who worked at Monsters, Inc. until he got banished to the Himalayas by Waternoose for discovering letters regarding the latter's involvement with the Scream Extractor. Despite being banished, he likes living in the human world, especially since he has an endless upply of yellow snow cones.

Although these monsters "scare because they care", show that you care about them by adding the Monsters, Inc. 20th Anniversary Pop! Vinyl Figures to your Funko collection today.