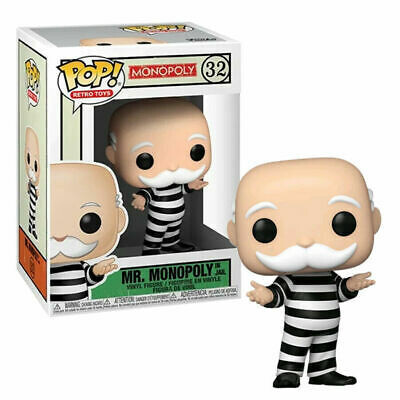 Originally known as Rich Uncle Pennybags, aka Mr. Monopoly, is the long-standing mascot of the classic Monopoly game.

Arguably the most recognisable board game icon in the world, Uncle Pennybag has been a guest in almost every family's house (through the game Monopoly), and now he plans to be the next guest in your Funko collection.

This Pop! features the self-made millionaire wearing his criminal outfit, as he has unfortunately been sent straight to jail.

Add him to your Funko collection today!