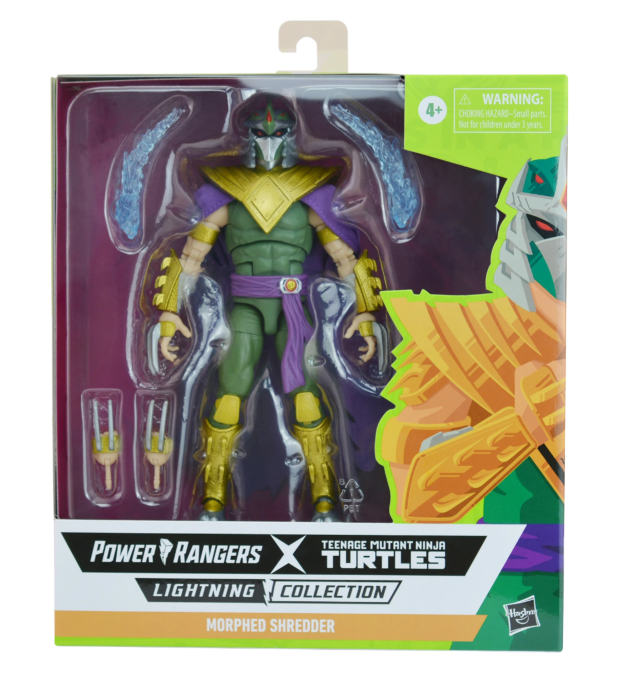 Long rumoured and often requested, the Power Rangers / TMNT crossover hybrid is now a real thing! Hasbro have merged the aesthetic of the two franchises into epic 2-Packs and now a standalone release of Morphed Shredder! When Shredder uses the power of Tommy's coin to morph into a twisted, evil version of the Green Ranger, it's up to the newly Morphed Teenage Mutant Ninja Turtles to stop him!