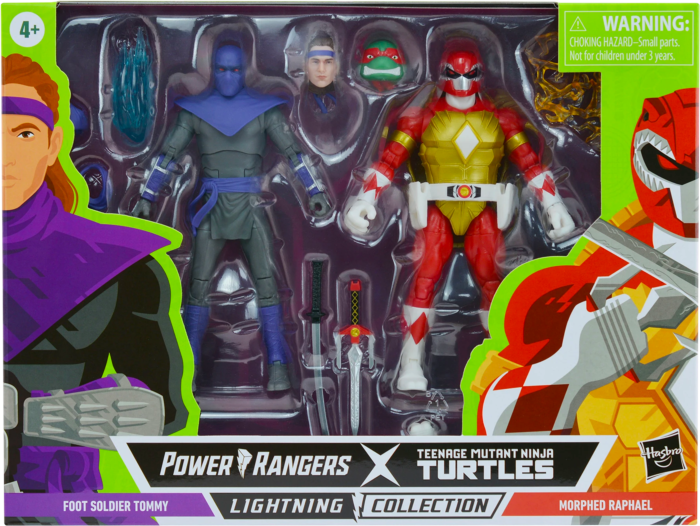 Long rumoured and often requested, the Power Rangers / TMNT crossover hybrid is now a real thing! Hasbro have merged the aesthetic of the two franchises into an epic 2-Pack, including the Morphed Raphael and Foot Soldier Tommy. While Raphael features a Power Ranger-themed combat suit and helmet, he comes with a very turtle-esque shell and stature, along with a swappable helmet to reveal his face. Foot Soldier Tommy is donning the full Foot Clan disguise in true TMNT style, with a swappable head that shows him with or without the ninja hood.