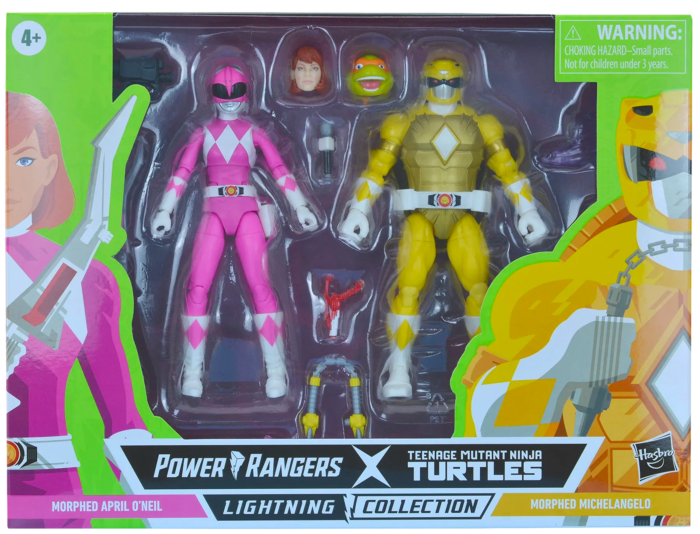 Long rumoured and often requested, the Power Rangers / TMNT crossover hybrid is now a real thing! Hasbro have merged the aesthetic of the two franchises into an epic 2-Pack, including the Morphed Michelangelo and Morphed April O’Neil. The two figures feature Power Ranger-themed helmets and combat suits, along with Michelangelo's very Turtle-esque shell and stature. The swappable helmets reveal their faces underneath, while the included weapon accessories have tastefully taken on the styling of weapons from the Power Rangers universe.