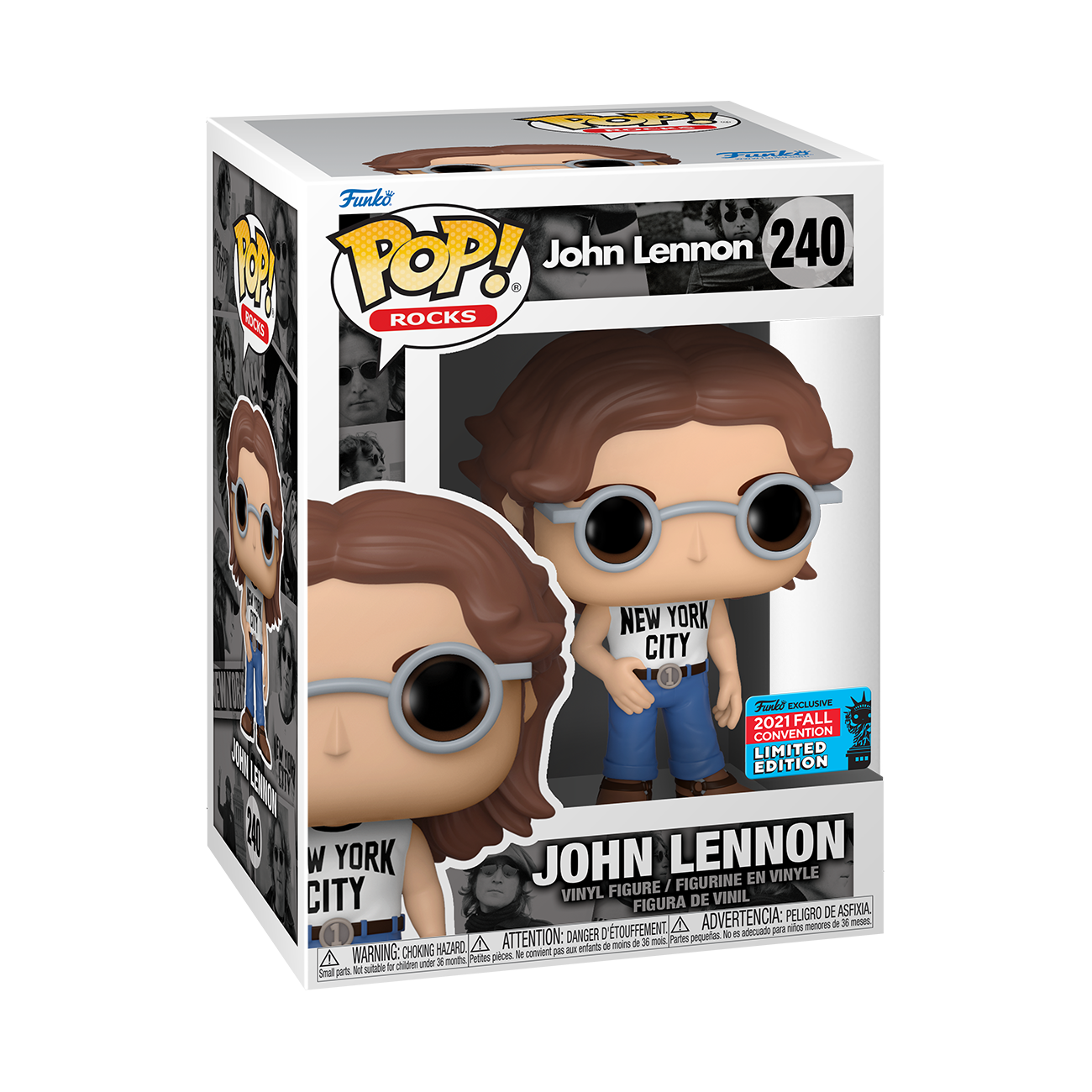 Considering we’re on the cusp of the festive season, it only seems fair that Funko warm us up with their exciting new range of Festival of Fun Pop! Vinyl Exclusives!

John Lennon is one of the most iconic and influential people of all time, not just as a musician, but also as an activist for human rights. The world fell in love with him as one of The Beatles, but by the end, John meant more than that. With songs such as Imagine, Power to the People, Give Peace a Chance and Happy Xmas (War is Over), John was able to unite us all through his words and music, leaving behind a legacy that is still as loved today as it was in 1980.

It’s hard to believe Mr. Lennon was tragically taken from us more than 40 years ago, but thankfully fans can still celebrate this legendary icon with Funko’s new line of John Lennon Pop! Vinyl Figures.

This Pop! features John wearing his iconic New York City T-Shirt, a city he loved unlike any other.