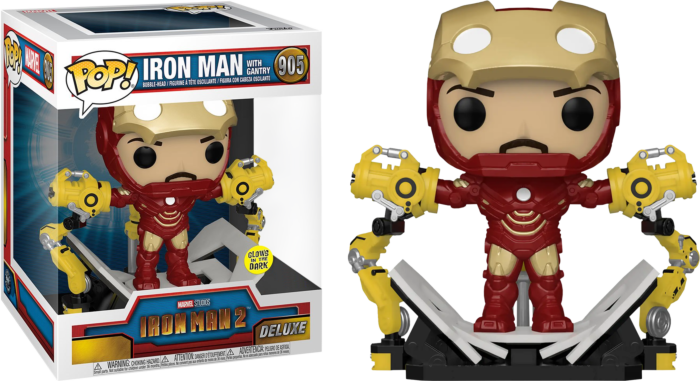 Six months after the original Iron Man film, Iron Man 2 sees Tony Stark resist calls from the United States government to hand over the Iron Man technology, which is causing his declining health. Meanwhile, Russian scientist Ivan Vanko uses his own version of the technology to pursue a vendetta against the Stark family.

This stunning Deluxe Pop! stands at a whopping 6" tall and features Tony Stark's fourth Iron Man suit, Mark IV, along with the gantry assembly needed to get him in and out, all of which comes with an epic Glow in the Dark finish.

Truly one of the coolest Funko Marvel releases to date and an absolute must for any true Iron Man fan.

Add the Iron Man MKIV with Gantry Glow in the Dark Deluxe Pop! Vinyl Figure to your Funko collection today.