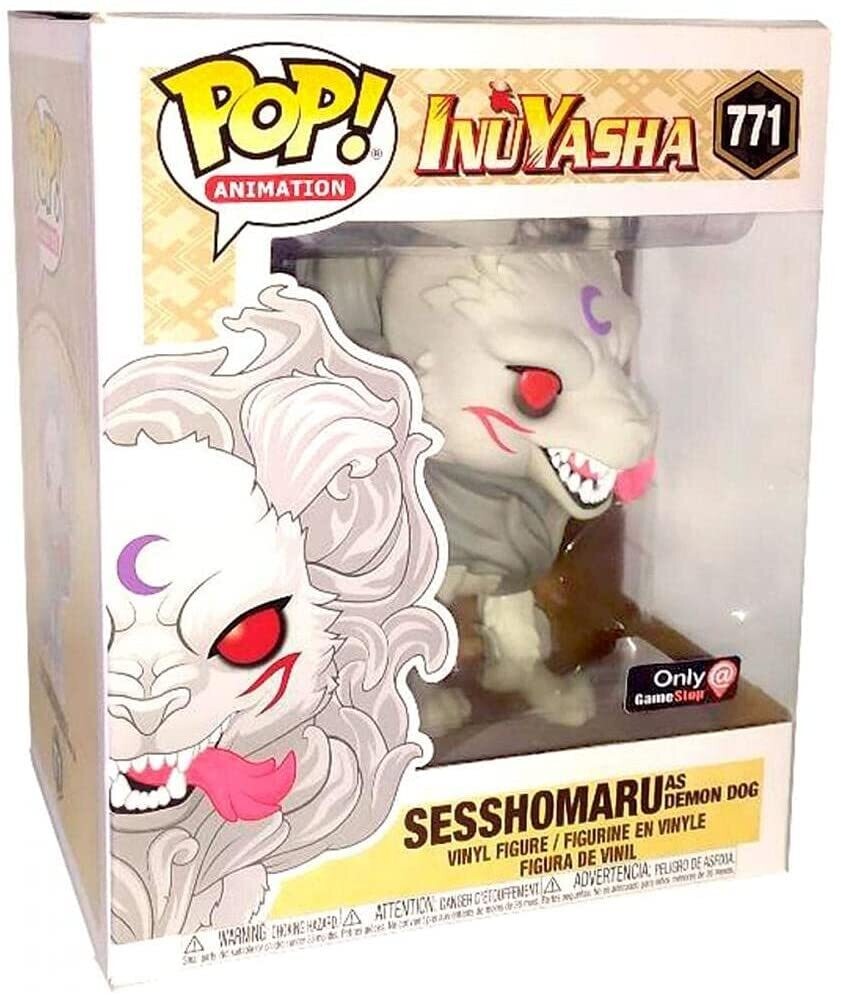 Launching in 1996, Inuyasha is a Japanese manga series that went on to spawn a range of tv shows, video games, and more.

Inuyasha tells the take of Kagome Higurashi, a 15-year-old schoolgirl from modern-day Tokyo who is transported to the Sengoku period of Japan after falling into a well in her family shrine, where she meets the half dog-demon, Inuyasha. When a monster from that era tries to take the magical Shikon Jewel embodied in Kagome, she inadvertently shatters the Jewel into many pieces that are dispersed across Japan. Inuyasha and Kagome start traveling to recover it before the powerful and evil half spider-demon Naraku finds all the shards.

Inuyasha has now recieved its own range of Pop! Vinyl figures. Here we have Sesshomaru, a powerful dog demon, feared throughout the feudal era. Sesshomaru holds his father in high esteem for being a powerful demon and desires to take his legendary sword, Tetsusaiga, for himself, which is currently held by his younger half-brother, Inuyasha. Sesshomaru's true form is a giant silver dog with markings similar to the ones he had in his human form.

An absolute MUST for any true Inuyasha fan!