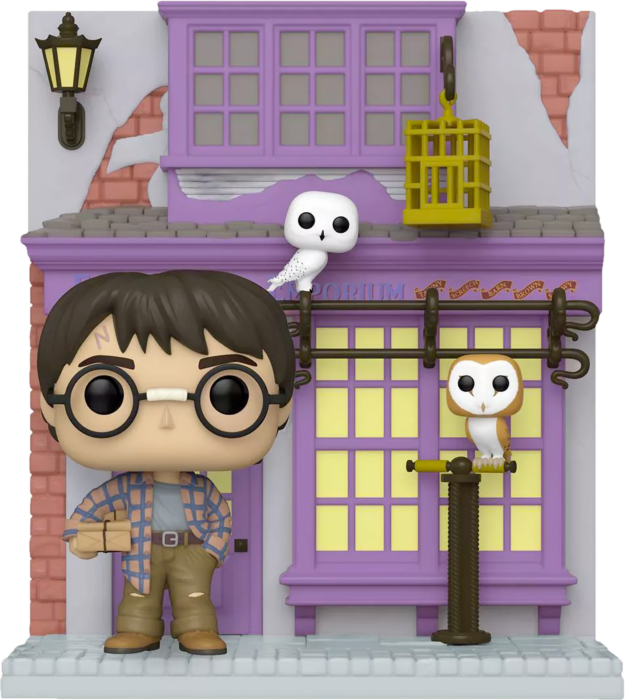 Every Harry Potter fan dreams of the opportunity to take a trip down Diagon Alley, and now thanks to Funko's magical new Deluxe Diorama, that can now be a reality!

Diagon Alley is a cobblestoned wizarding alley and shopping area located in London, England behind a pub called the Leaky Cauldron. Inside the alley is an assortment of restaurants, shops, and other sights, many of which are available in this amazing new Pop! Diorama.

Five Deluxe Pop! Vinyls in total, this Pop! Diorama will all join together to make Diagon Alley, as seen in the Harry Potter films!