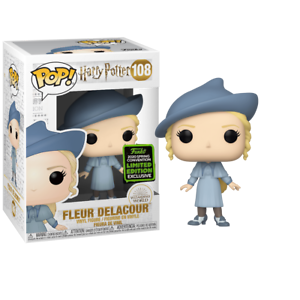 After so many years, another favourite from the Wonderful World of Witchcraft & Wizardry has finally been given the Funko Pop! treatment... Fleur Delacour!

While marrying a Weasley may not sound like everyone’s cup of tea, this didn’t seem to bother Fleur, who would go on to become the wife of Bill Weasley, which to be honest is probably the best option of the red-headed clan.

Here she comes dressed in her Beauxbatons Academy of Magic uniform, where during the 1994–1995 school year, she was Beauxbatons' champion in the Triwizard Tournament.