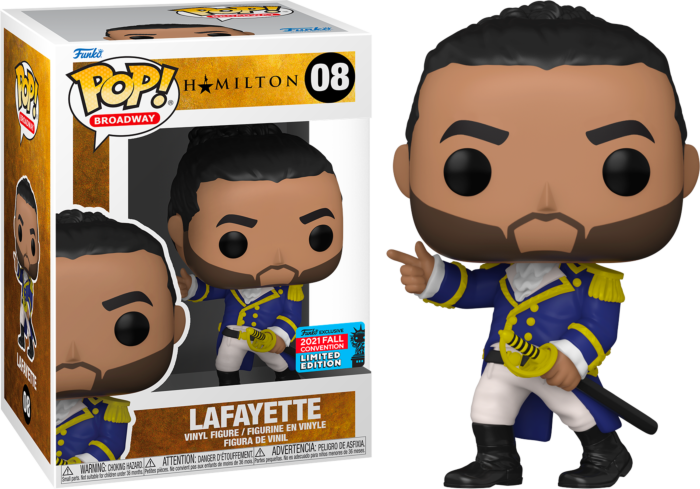 Do you ever look at your Funko collection and feel like it’s missing something, but can’t quite put your finger on it? Like maybe a few extra exclusive figures would help you FALL in love with it all over again? Well have no fear, Popcultcha have come to the rescue with Funko’s new range of 2021 Fall Convention Exclusives!

Premiering in 2015, Hamilton has gone on to become one of the most critically-acclaimed stage shows of our generation, winning 11 Tony Awards after its first year. It tells the story of forgotten American Founding Father Alexander Hamilton and his ascent out of poverty and to power against the backdrop of the American War of Independence.

You’ve seen the show LIVE, now you can bring the performance to your very own home, courtesy of Funko’s new Hamilton Pop! Vinyl Figures.

Here we have Marquis de Lafayette, a close friend of Alexander Hamilton.

Limited to 1 per customer at this stage

In stock on November ish