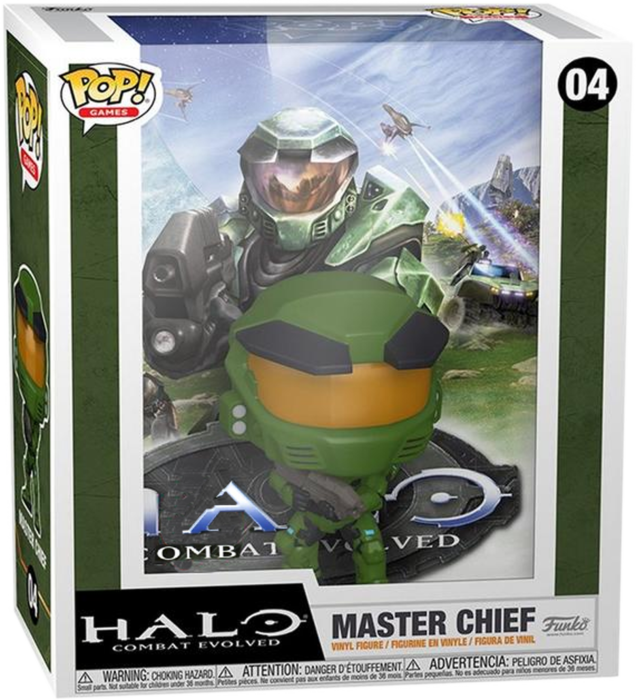 Originally released in 2001 as a launch game for Microsoft's Xbox console, Halo: Combat EvolvedI has gone on to become one of the most critically acclaimed video games of all time.

Halo: Combat Evolved is set in the twenty-sixth century, with the player assuming the role of the Master Chief, a cybernetically enhanced supersoldier. The Chief is accompanied by Cortana, an artificial intelligence. Players battle aliens as they attempt to uncover the secrets of the eponymous Halo, a ring-shaped artificial world.

Funko's new Pop! Games Cover pays tribute to the iconic game with an exclusive Master Chief Pop! Vinyl Figure, as he appears on the cover.

Packaged securely inside an exclusive Pop! Protector Case, with the game's cover serving as a stunning backdrop.