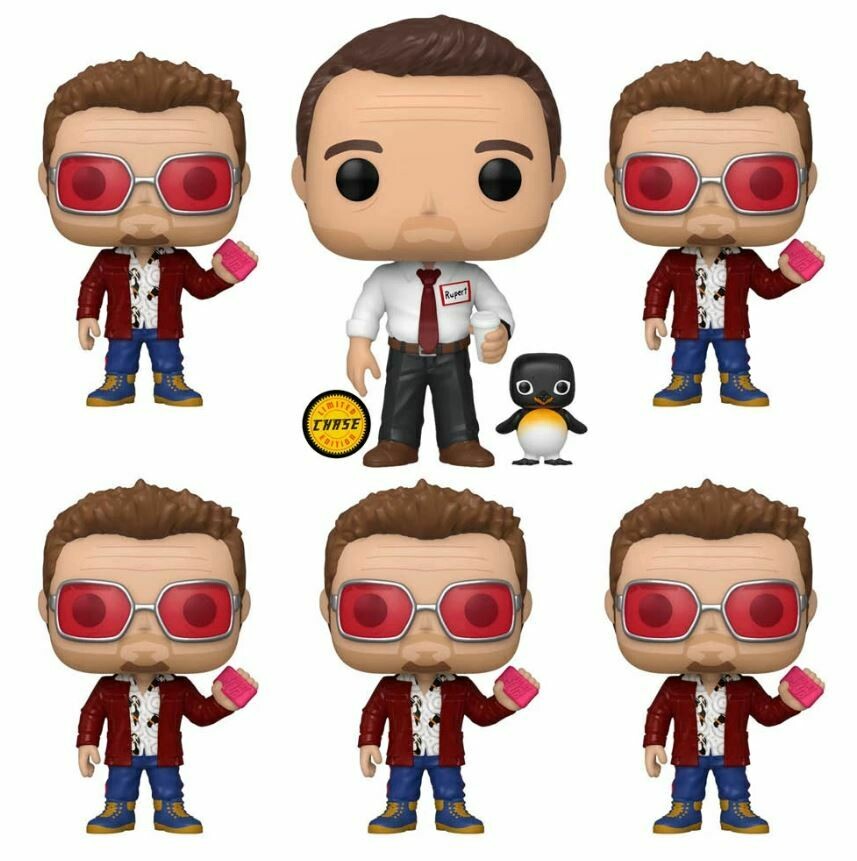 The 1999 cult classic, Fight Club, is finally joining the Pop! Vinyl family. Based on the 1996 novel of the same name, the story follows the unfullfilled and unnamed Narrator as he meets Tyler Durden, a soap salesman, and together as they join an underground fight club.

Here we have the mysterious soap salesman himself, Tyler Durden. Featuring his iconic red sunglasses and leather jacket, there may be more to Mr. Durden than it seems.

Be on the look out for a special Chase variant featuring the Narrator and his penguin 'power animal', Buddy!