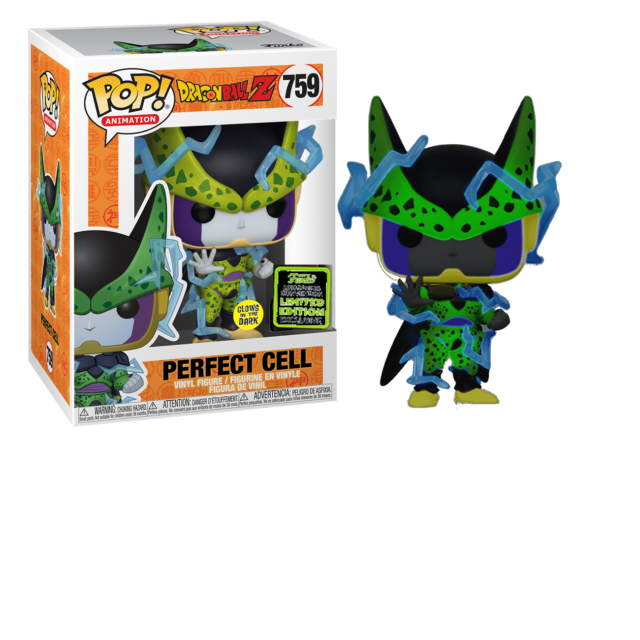 Staying on the theme of ECCC, this Pop! features the evil green dude himself, Cell, or more importantly, Perfect Cell! What makes this even more epic is that he comes with a stunning Glow in the Dark finish!