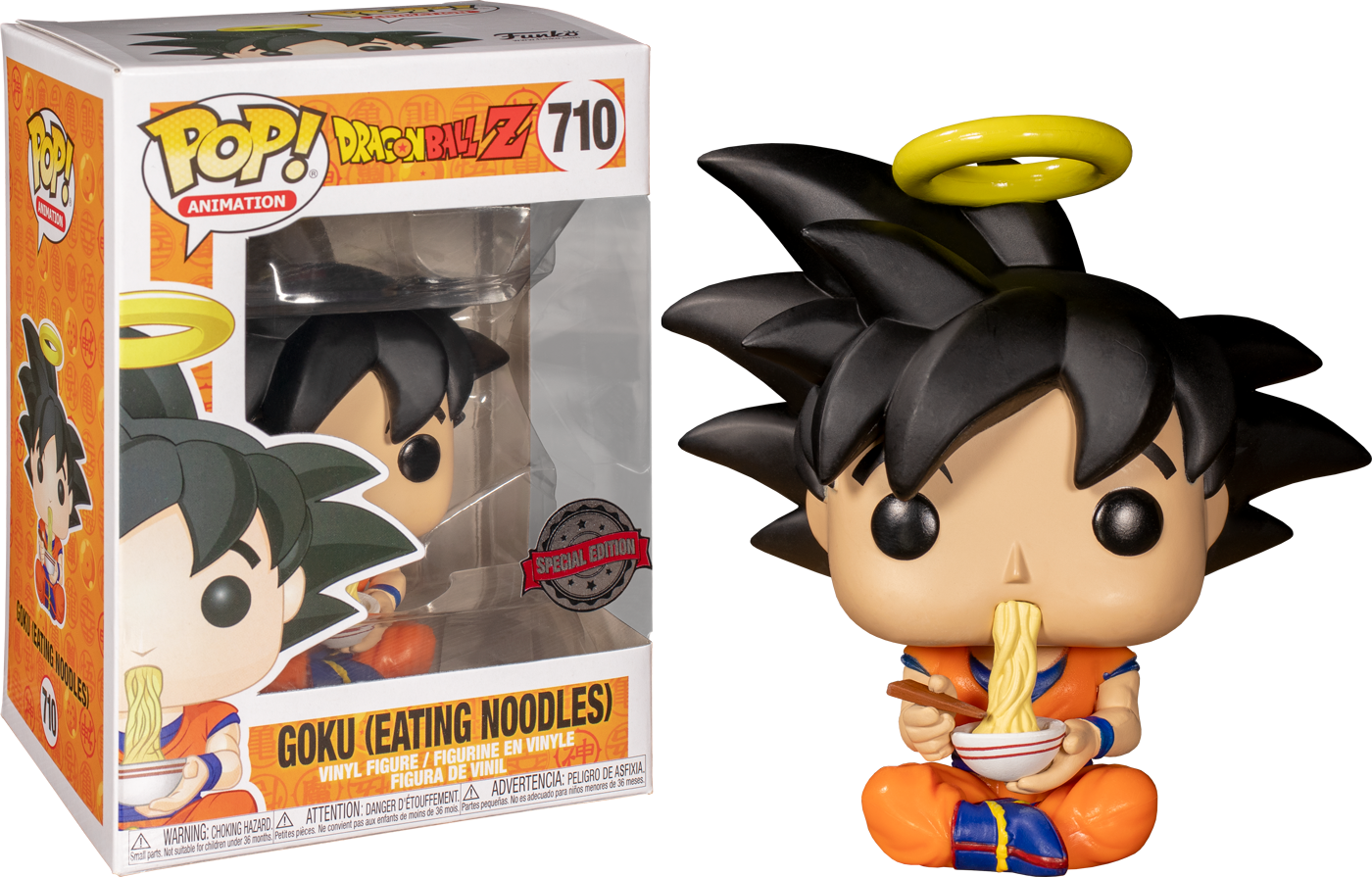 When I was a kid, an eating contest seemed like the dream. Stuffing my face with delicious food until my stomach was ready to burst... what a way to go! Of course now that I'm older I can (kinda) see the downside of loading up on bowl after bowl of carb-loaded noodles, but clearly that's no issue for a Super Saiyan.

Here we have Goku, sitting down and gorging on noodles as he prepares for the World Tournament. At least it makes sense, Goku is going to need all the energy he can muster to compete, whereas someone like myself who only gets up to get a snack from the fridge, perhaps noodles should only be a "sometimes" food.