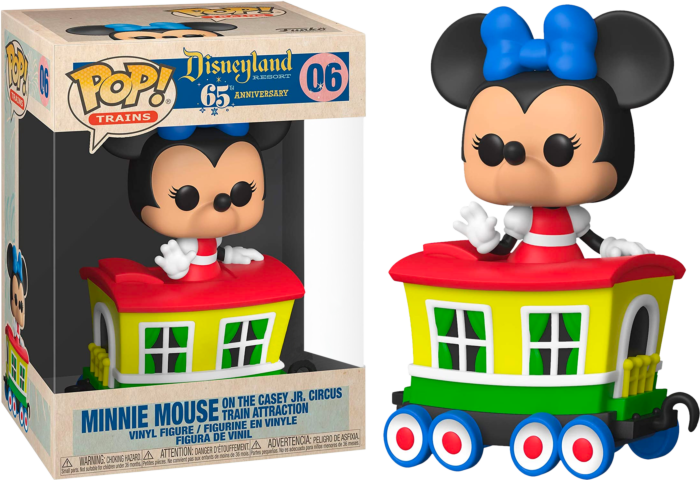 On July 17th, 1955, the world was introduced to the “Happiest Place On Earth”… Disneyland! Yes the vision of Walt was finally recognised and has gone on to become an institution, helping families from all over the world interact with their favourite Disney characters, creating memories that last a lifetime. Well now Disney fans can turn their home in the happiest place on Earth, courtesy of Funko’s magical new Disneyland 65th Anniversary Pop! Vinyl Figures!

The Casey Jr. Circus Train is one of the most iconic and beloved attractions at Disneyland, in fact it even opened on the same day as the park! Based on the train of the same name from the 1941 film Dumbo, it gives passengers a tour of many miniature versions of scenes from Disney animated films.

Now what we have for you here may be some of the most impressive Disney/Funko releases to date, it’s the Casey Jr. Circus Train Pop! Collection.

Each Pop! in this collection features a Disney favourite, taking a ride in their own carriage of the Casey Jr. Circus Train. They’re all able to connect to one another, making the final result a display piece that no Disney fan can do without.

Here we have Minnie Mouse, who looks like she is absolutely loving the opportunity to ride the famous attraction.

Be sure to also look out for the Matterhorn Bobsleds Attraction Pop! Vinyl Figures!