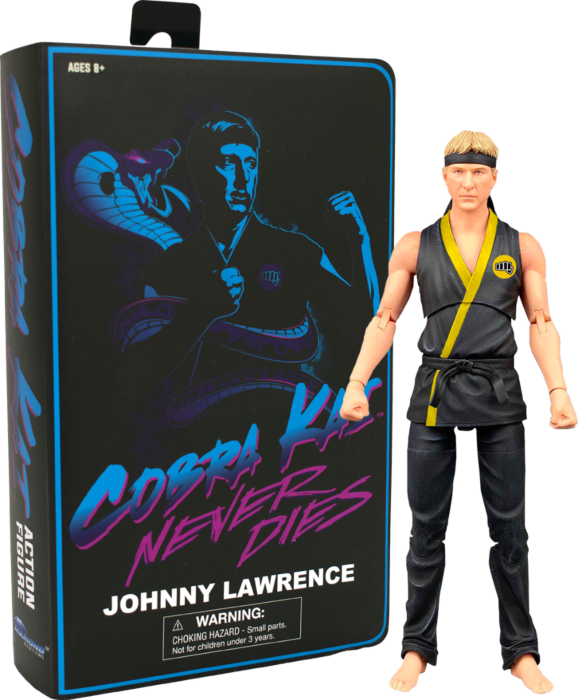 As the troubled rich kid of the Valley who bullied new kid Daniel LaRusso, Johnny Lawrence continues this feud throughout the Netflix series, Cobra Kai. Fighting with himself more often than with LaRusso, he gives it all he's got to keep the Cobra Kai flame lit.

With the appearance of an old-school VHS cover on the outside, opening the box reveals the action figure, a display base, and a Cobra Kai trading card behind windowed compartments. The detailed figure takes on an accurate likeness of Johnny Lawrence in his karate gi, as played by William Zabka. Complete with over 16 points of articulation, it's also perfect for recreating countless martial arts poses.