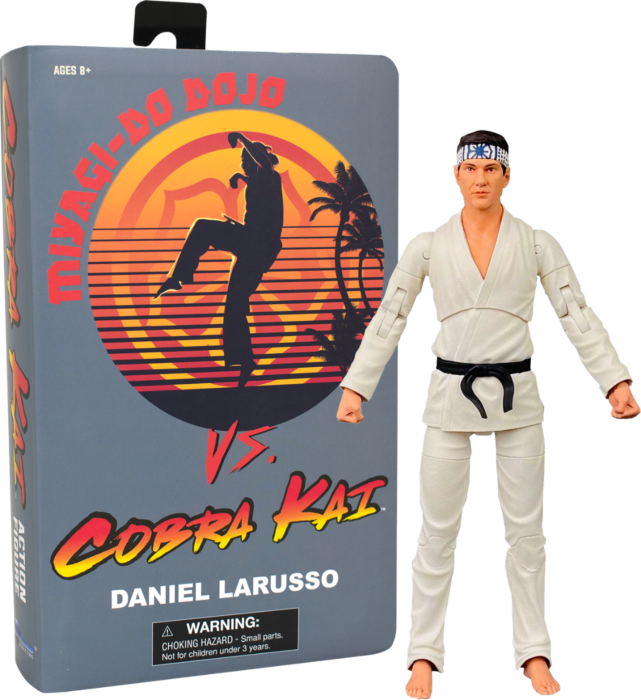 "You're the only one who can get up when you're down. No one else." - Daniel LaRusso

A bullied high school student, Daniel LaRusso was mentored by a wise karate sensei who taught him both valuable life lessons and self-defence. In Cobra Kai, he passes on what he learnt in an attempt to shape the minds and spirits of the local high school students.

With the appearance of an old-school VHS cover on the outside, opening the box reveals the action figure, a display base, and a Miyagi-Do Karate trading card behind windowed compartments. The detailed figure takes on an accurate likeness of Daniel LaRusso in his karate gi, as played by Ralph Macchio. Complete with over 16 points of articulation, it's also perfect for recreating countless martial arts poses.