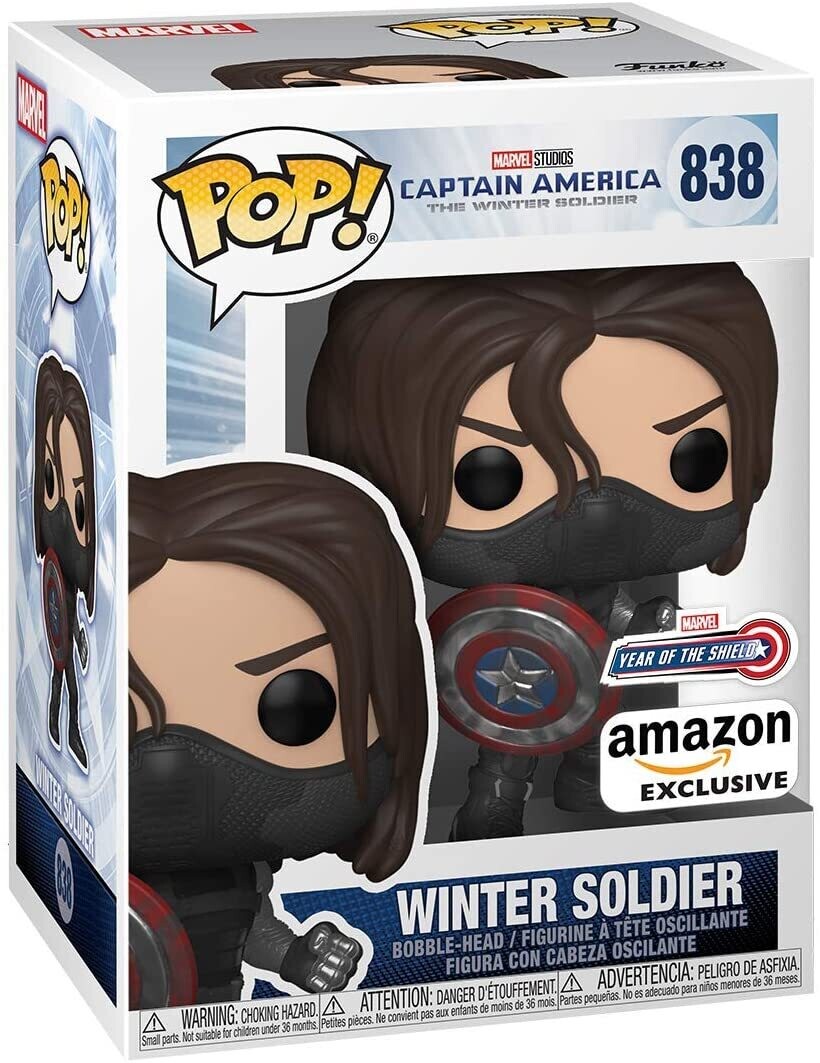 The film sees Captain America joins forces with Black Widow and Falcon to uncover a conspiracy within the spy agency S.H.I.E.L.D. while facing a mysterious assassin known as the Winter Soldier.

Here we have said assassin, Bucky Barnes as The Winter Soldier, being very Covid-safe with his face mask and armed with a shield.