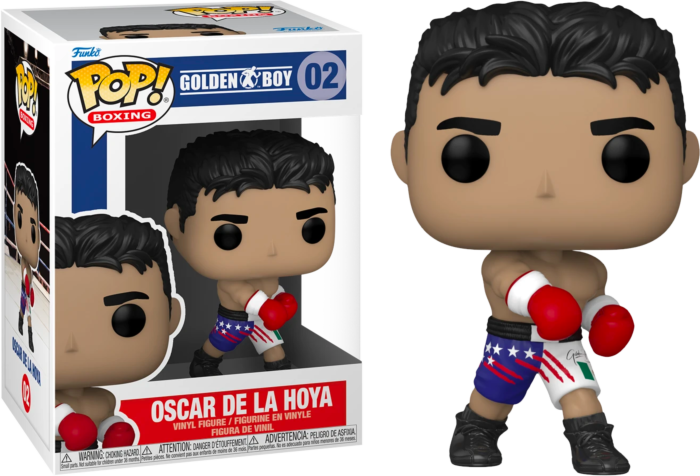 Have you got what it takes to climb in the ropes, lace up some gloves and go to-to-toe with the world’s most dangerous fighters? Nah me neither, but have no fear, since we’ve found someone you CAN go to-to-toe with, Funko’s new range of Boxing Pop! Vinyl Figures, featuring some of the biggest names in the world of boxing!

De La Hoya was named "The Ring" magazine "Fighter of the Year" in 1995, and was its top-rated fighter in the world, pound for pound, in 1997 and 1998. De La Hoya generated approximately $700 million in pay-per-view income, making him the top pay-per-view earner at the time.