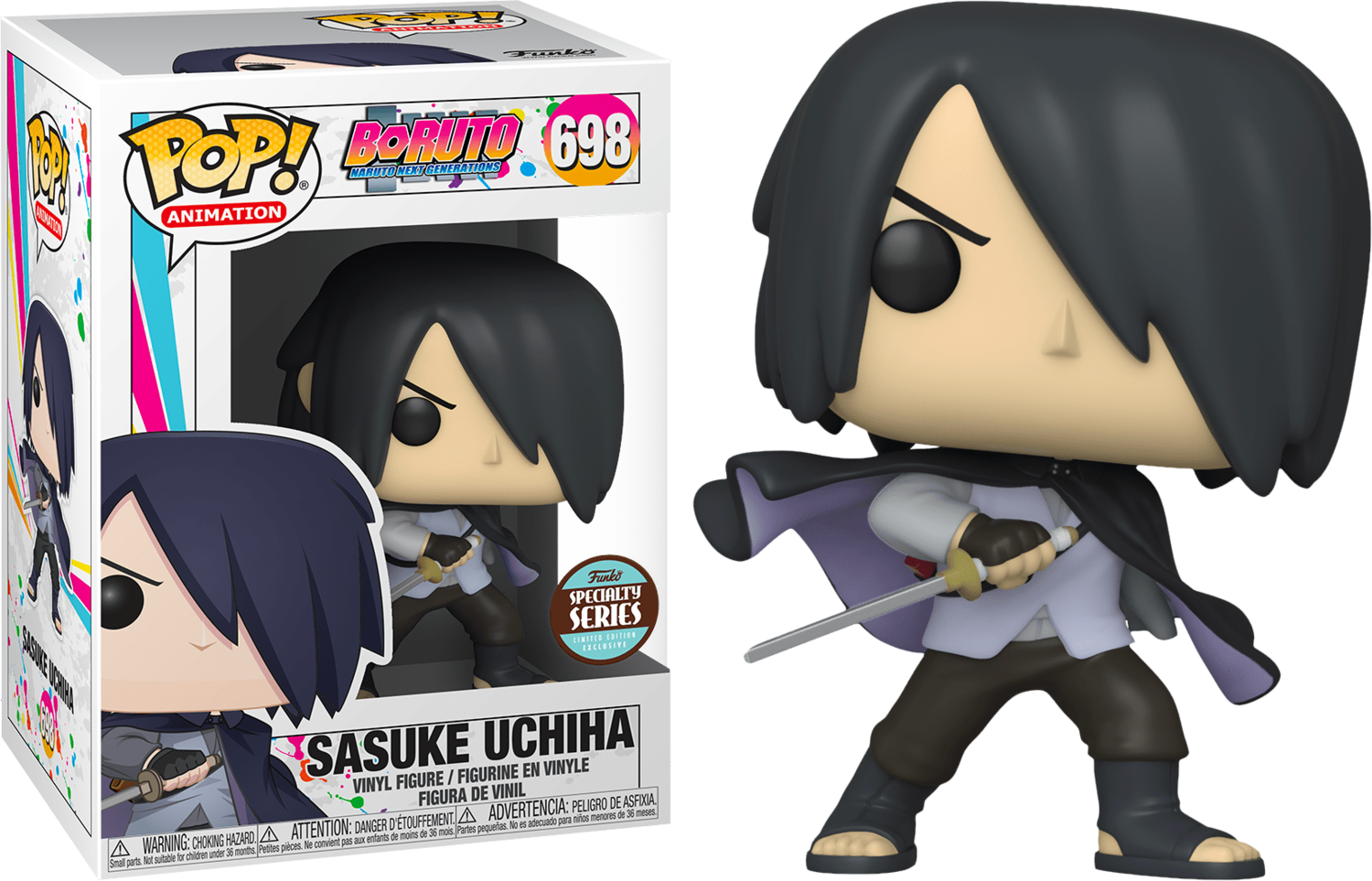 Funko’s new Boruto: Naruto Next Generations Pop! features Sasuke Uchiha, one of the last surviving members of Konohagakure's Uchiha clan. After his older brother, Itachi, slaughtered their clan, Sasuke made it his mission in life to avenge them by killing Itachi. He comes armed with his sword and missing an arm, which he lost at the end of the Fourth Shinobi World War.

An incredible piece and a must for any fan of the Naruto franchise!